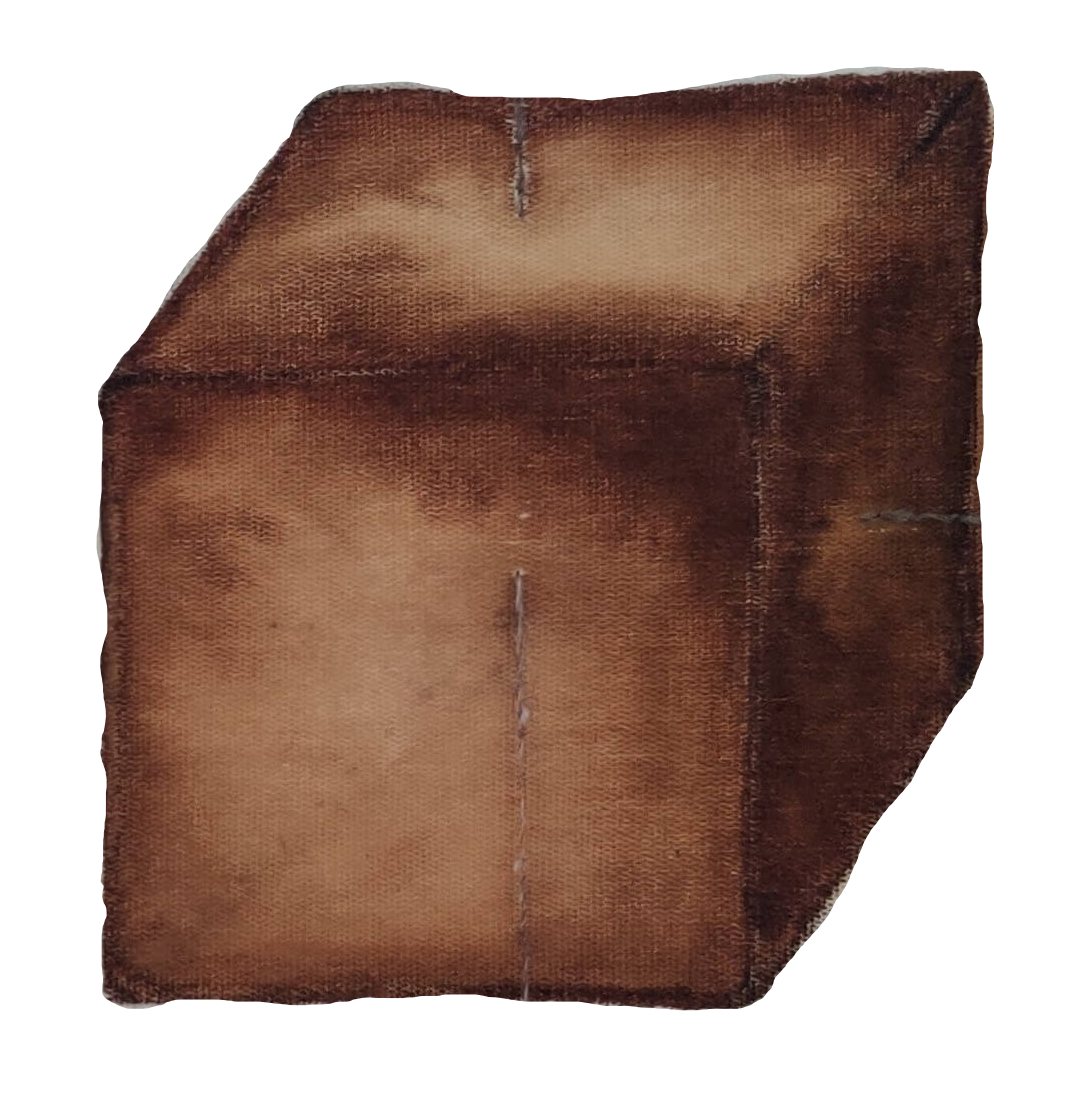 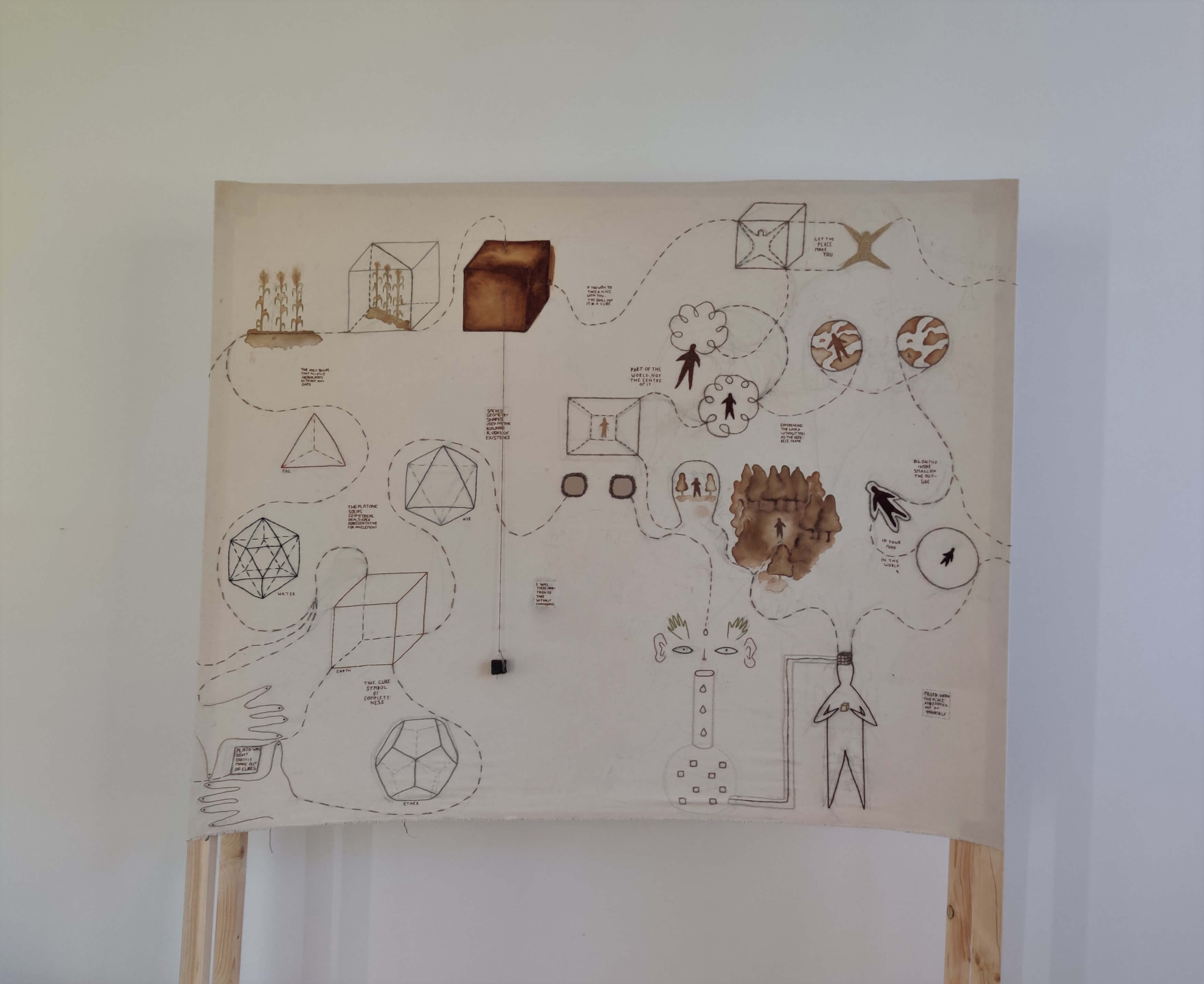 This work is the visual representation of a thought process, which unintentionally, but expectably materialized into a puzzle.  One must follow the path, make connections, dig deeper into the information, look for details, and constantly revisit the bigger picture to get to its solution. The longer you look, the more you will find. 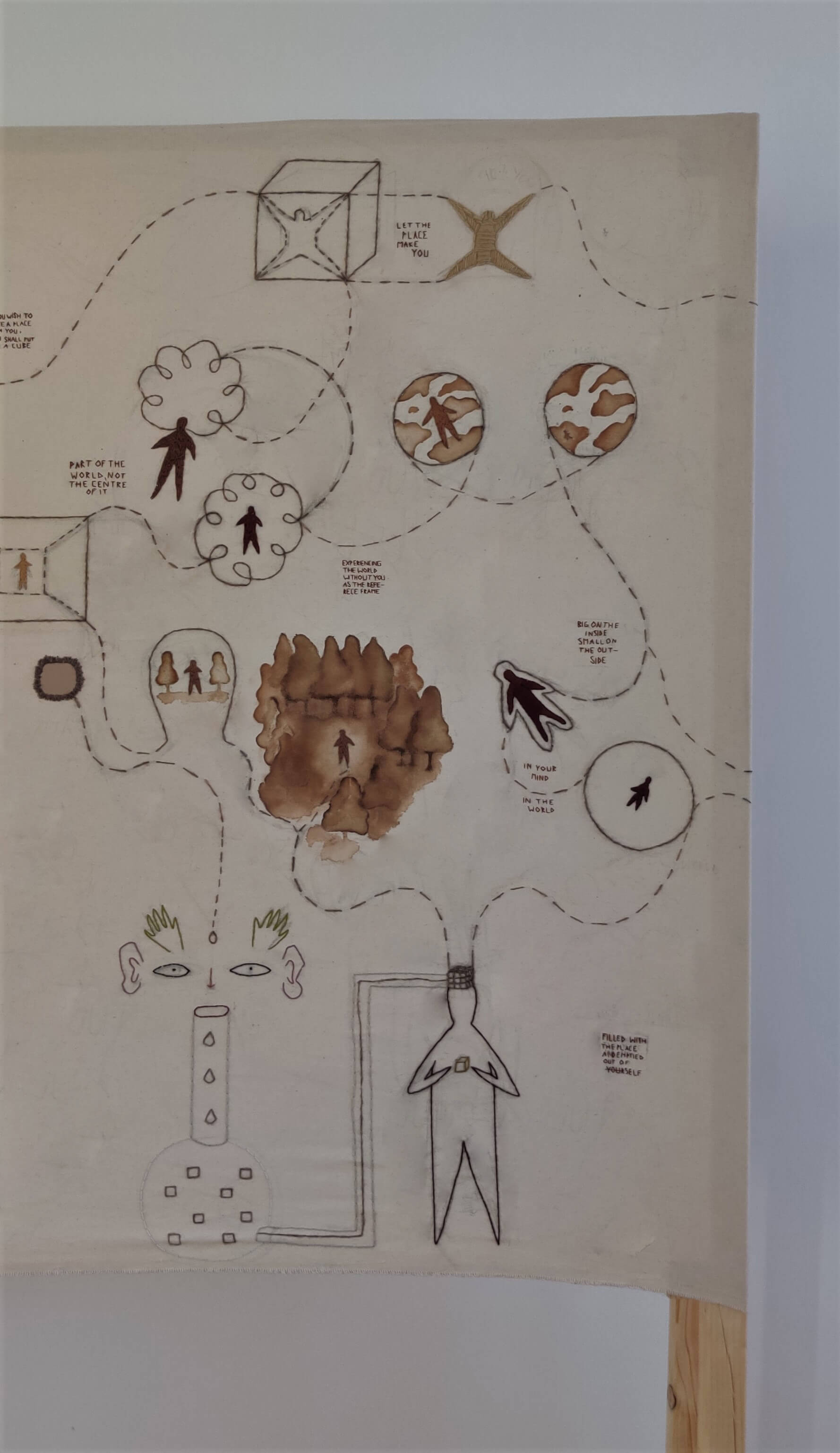 This work is only barely a visual experience and much rather a form of mental gymnastics. Its completion depends on the viewers investment in the process of understanding everything that unfolds in front of them. Its visual forms are only a shell for its ideas. First, take the time to try to solve it by yourself, to make your own path and connections.

Our days in the village were very different from what we imagined they would be. We came with a clear working plan and were ready to follow it. However, getting there, walking around, absorbing the place, we were first overwhelmed by nature and the way people were living in symbiosis with it. They were one with the place they inhabited, and we were outsiders in a self-sustained rhythm. We realized that we were used to being invasive over the place we encountered, to seeing it as a tool, or a background for our activity and not as something we should integrate within ourselves. We set a new goal to try to find a way to immerse with a place. However, we came to realize that firstly, in physical form, that would be impossible, and secondly, that would, yet again center the content of our work around ourselves. It was the place itself, we wanted to show to the viewers. But no portrayal of the place could present it authentically, so we decided to try showing it from a completely different direction: trying to build something from that place, with the strict rule of not actually changing it. We started from the ground upwards. We decided to center our project around a corn field we discovered in the first days of exploring the village, a place where we spent a whole day, discussing what would later become the content of this piece.

Thus, starting our final version of the work we were left with one big question “how can you take without changing?”

Before reading this next part, make sure you took the time  to solve the puzzle of the work yourself 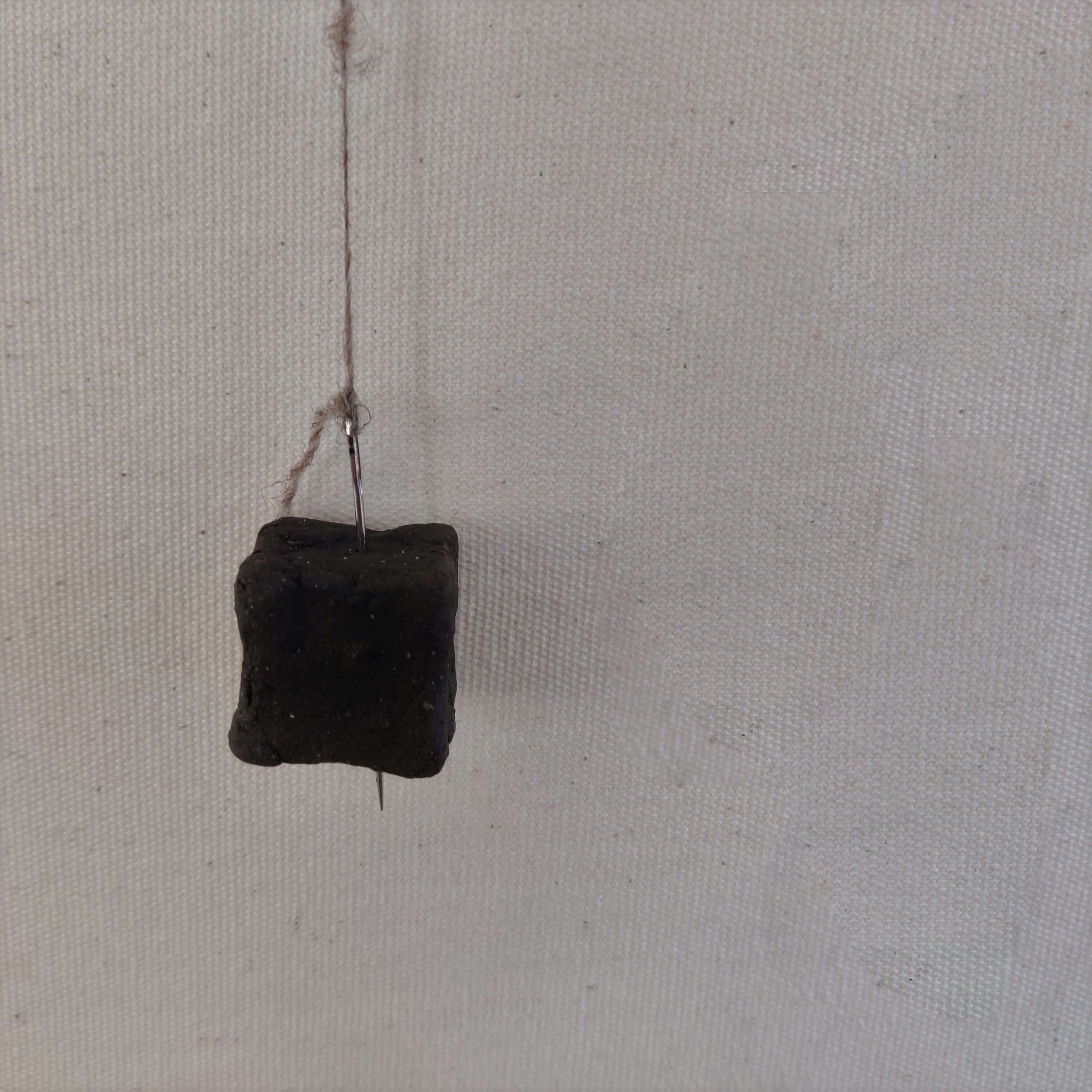 Going right from the eyes you can see “the funnel of ideas”, or a representation of our creative process- the moment when we unconsciously get filled with the place and emptied out of ourselves. From there up, the idea goes in two directions, which present the two flaws of our perception, that get us alienated from nature and the places around us. On the right, there are two illustration pairs, representing our flawed perceptions of proportions. We are always big (or relevant) on the inside- within our personal sphere: our mind and closed community; and small on the outside, in the actual world. The same thing happens with literal physical proportions, in a house, everything is built to be accessible to you, everything is built according to your proportions. This obviously is not the case out in nature, where you are rather a detail of the whole picture. Which takes us the second idea, or the one presented on the left, which discusses our deeply rooted human-centered view. Unconsciously, we are used to perceiving ourselves as the center of the world and not as a part of it. More than often, we see nature (or anything else) in terms of its value to humans, however these things keep their value outside of this criterion. Bringing these two ideas together we created a challenge for ourselves: trying to experience the world without us as the reference frame, without comparing everything to our size and position. This time we tried to let the place make us, or rather to immerse within it-the idea shown in the last illustration on the right side. That was our first solution, shown in the video, which we later realized also comes from a human centered point of view. It was still seeing everything from a self-centered position.

Our final solution, the earth cube, is explained going left from the eyes. This geometric shape and its symbolic value were something we randomly stumbled upon, something like a visual leitmotif we could not let go of. On the day we spent in the corn field, we started making little soil cubes like the one you see hanging from the work. We took them back with us like a little souvenir of the place, without knowing their actual relevance to our final piece.

Furthering our research, we found out the cube is the symbol of durability and stability, the symbol of truth and most importantly the symbol of completeness. Further, we made connections with the notions of Sacred Geometry, which describes the belief that God, when creating the universe and everything in it, used a consistent kind of geometry as the building blocks of existence. The geometrical ideals are represented by The Five Platonic Solids. The Greeks thought that these five solids were the core patterns of physical creation. Four of the solids were seen as the archetypal patterns behind the four elements (earth, air, fire, and water), while the fifth was held to be the pattern behind the life force itself, ether.

The cube is the geometrical form representative for earth, and it has a special characteristic: it is the only shape which allows (re)building without any gaps (indeed, if you break down any earth matter, the resulting shapes will on average, be cubes). And that was exactly the type of building blocks we needed to create our metaphorical corn field. The cube thus, received a new valence within our piece. Due to its symbolic value, it becomes a little container, in which you can fit a place in its complete form. Thus, metaphorically, and following the principles of Sacred Geometry, one could completely rebuild that place using the cubes as the building blocks.

The earth cubes were the solution for creating something that does not showcase our presence: something made by accident, out of the place we tried to immerse with, and later represent, without relevantly changing anything in the place itself. It us and the place decontextualized, without size, and position, without hierarchies of perception, without distances and borders.  It is a symbol for the symbiosis we aimed for at the very beginning, a solution of a harmony and synchronicity we missed in the initial stages of our process.  It is our presence and that of the place at maximum concentration.

If you wish to take a place with you, you shall put it in a cube! 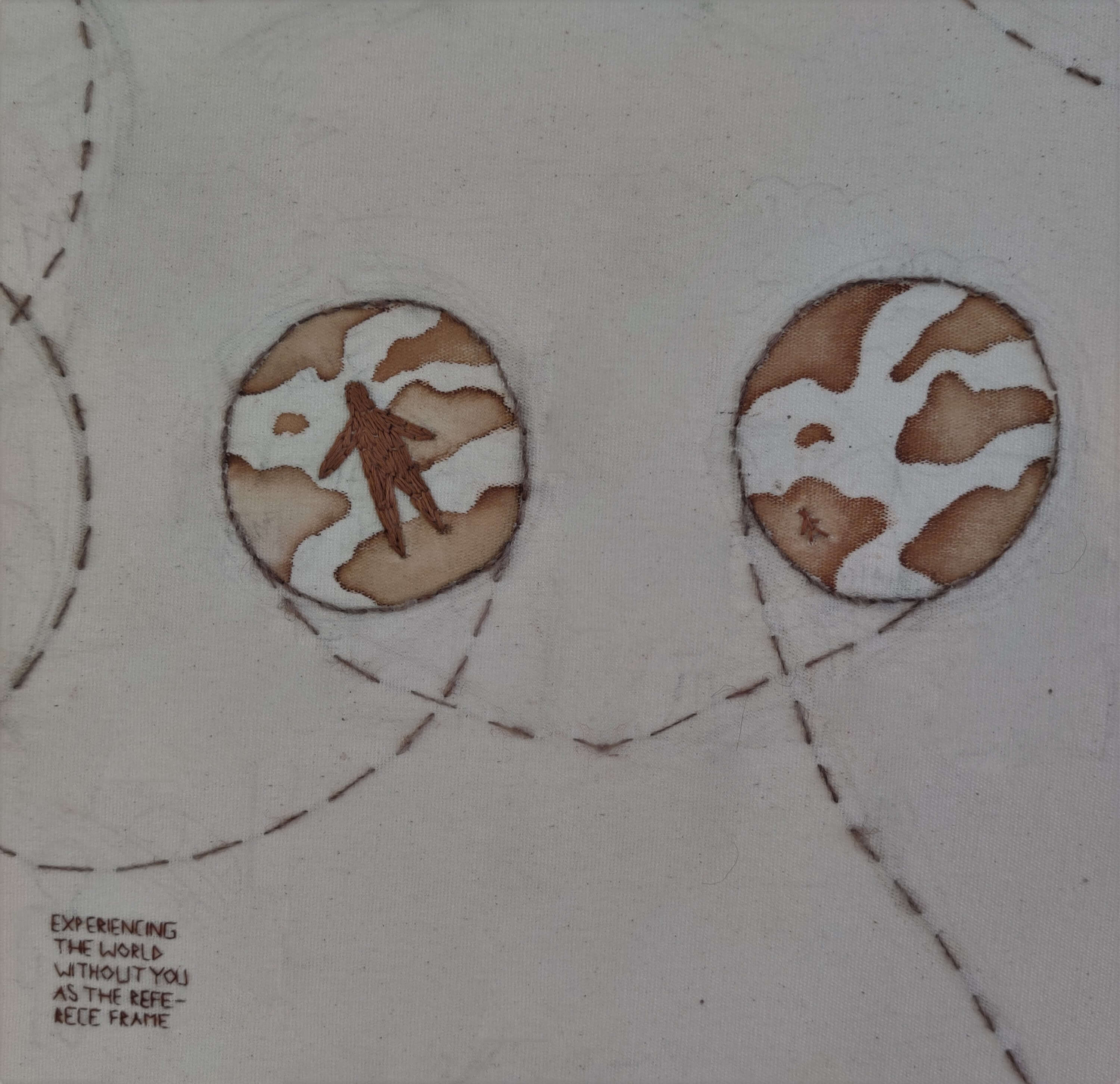 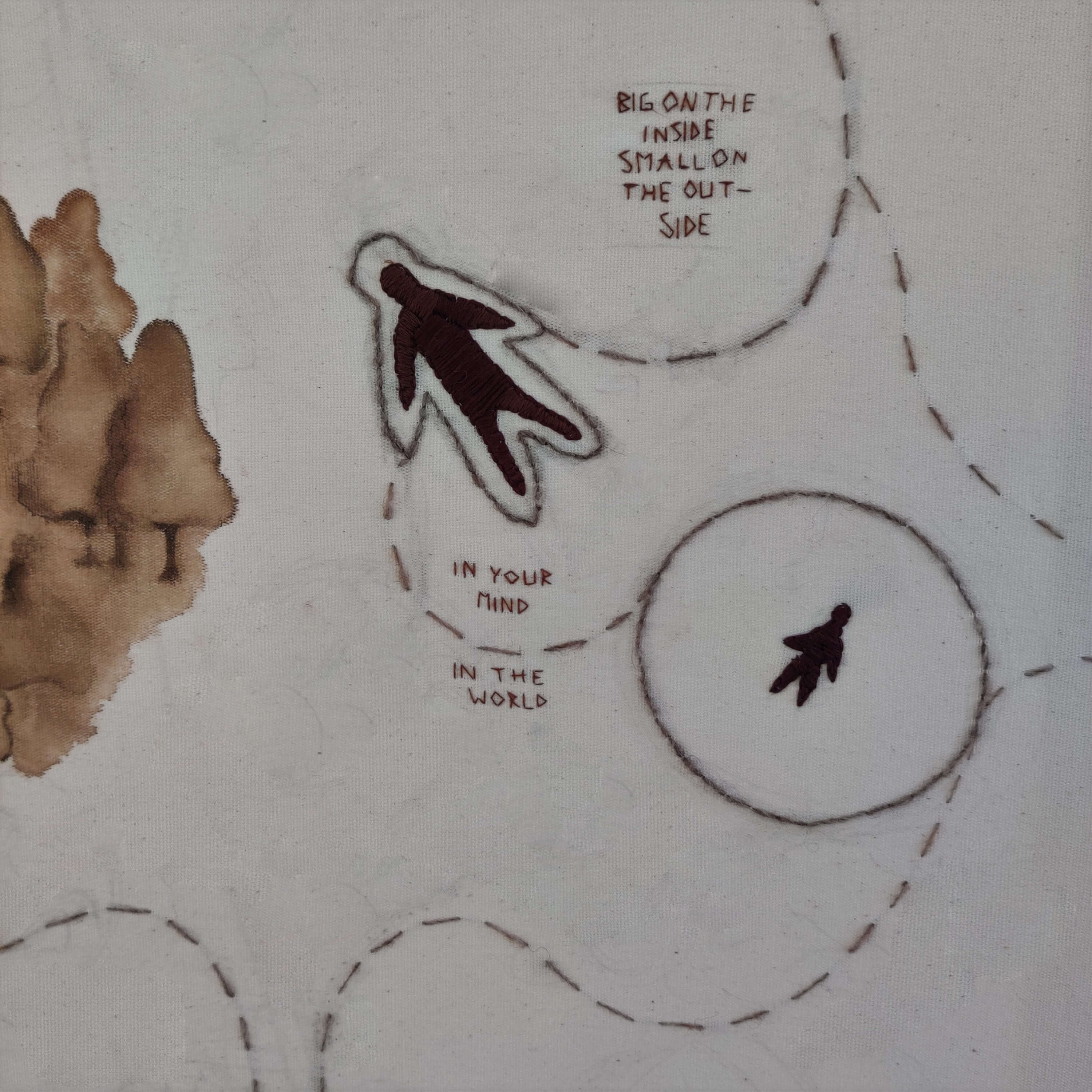 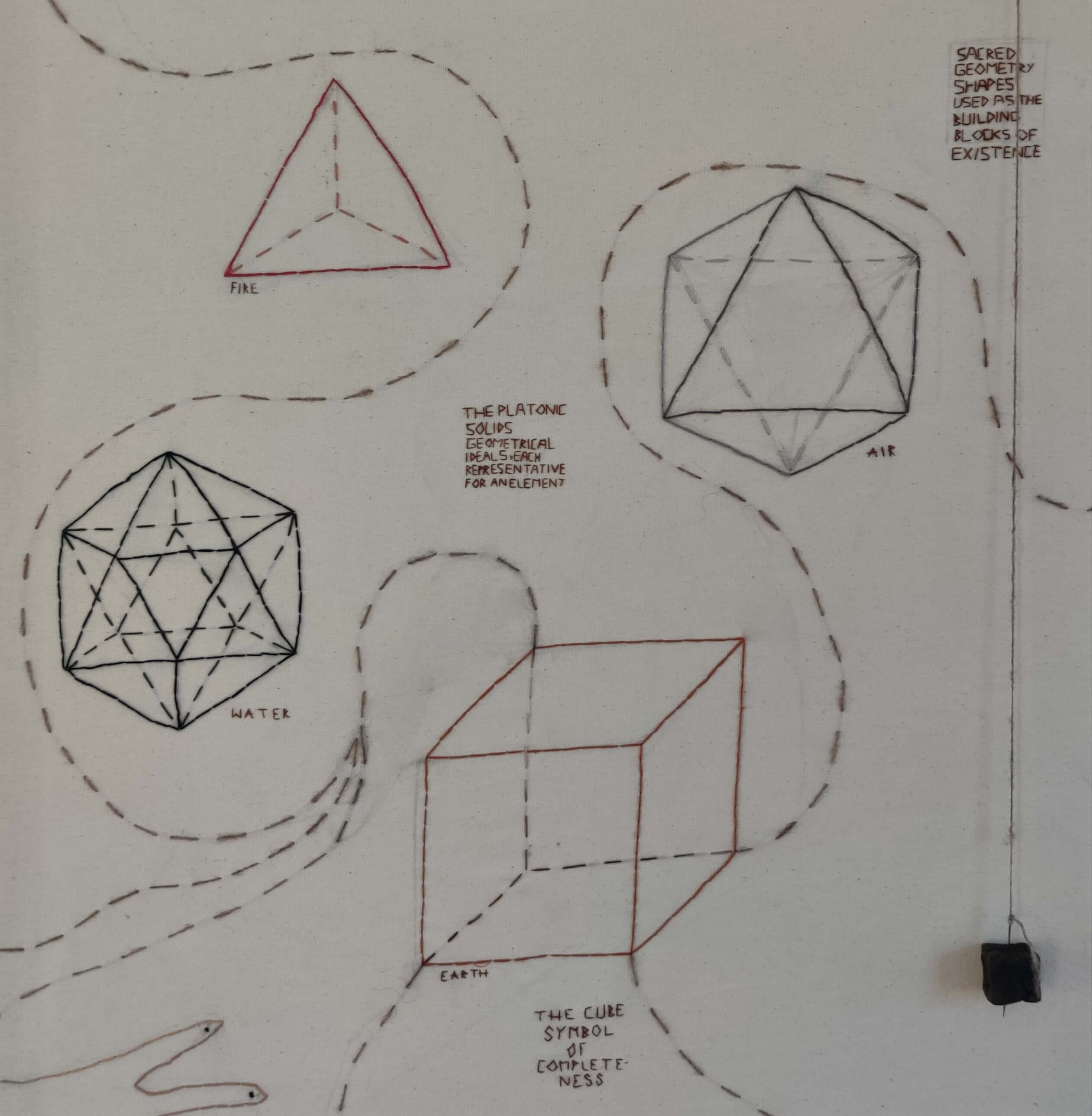 If you wish to take a place with you,
you shall put it in a cube! 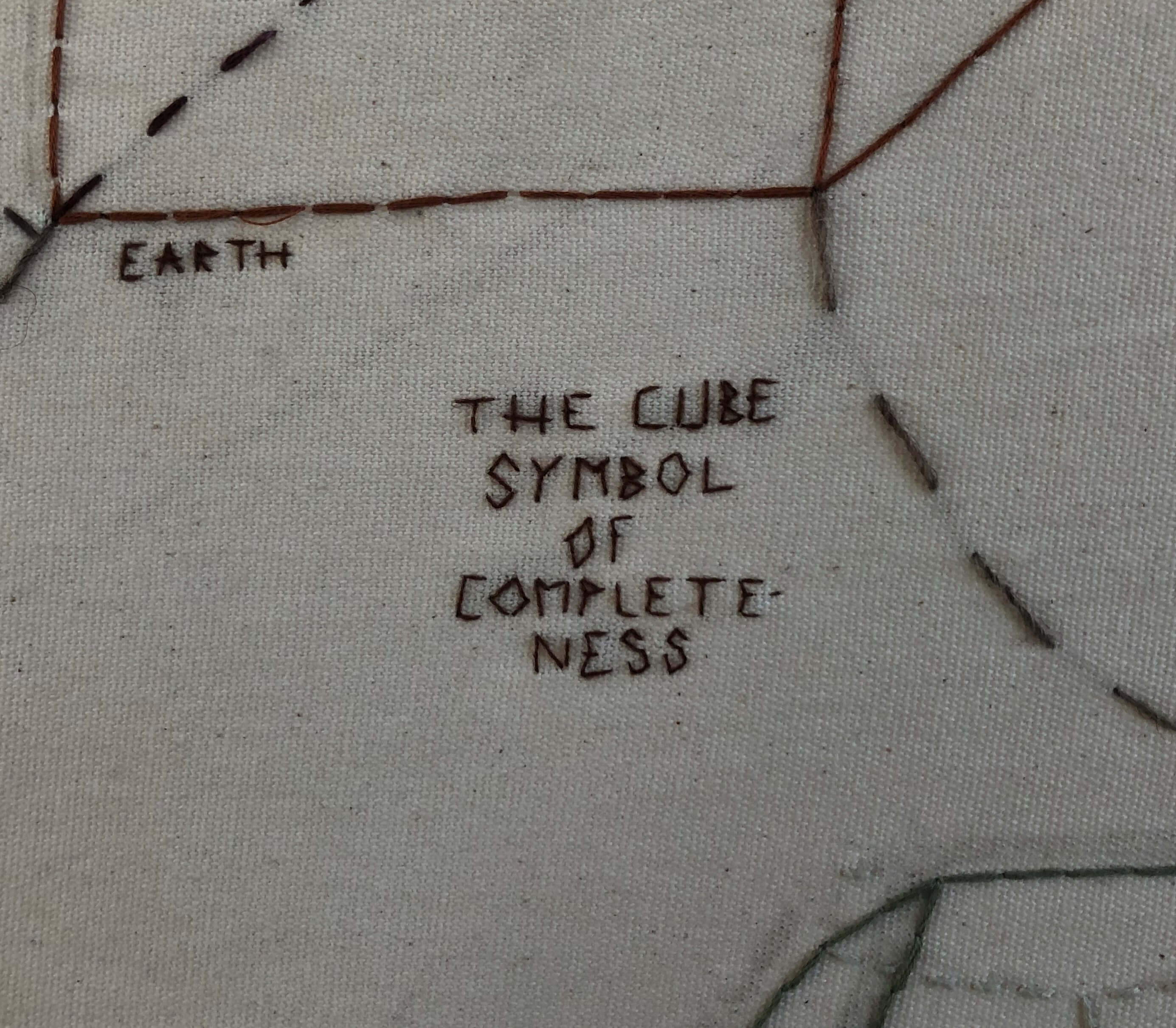 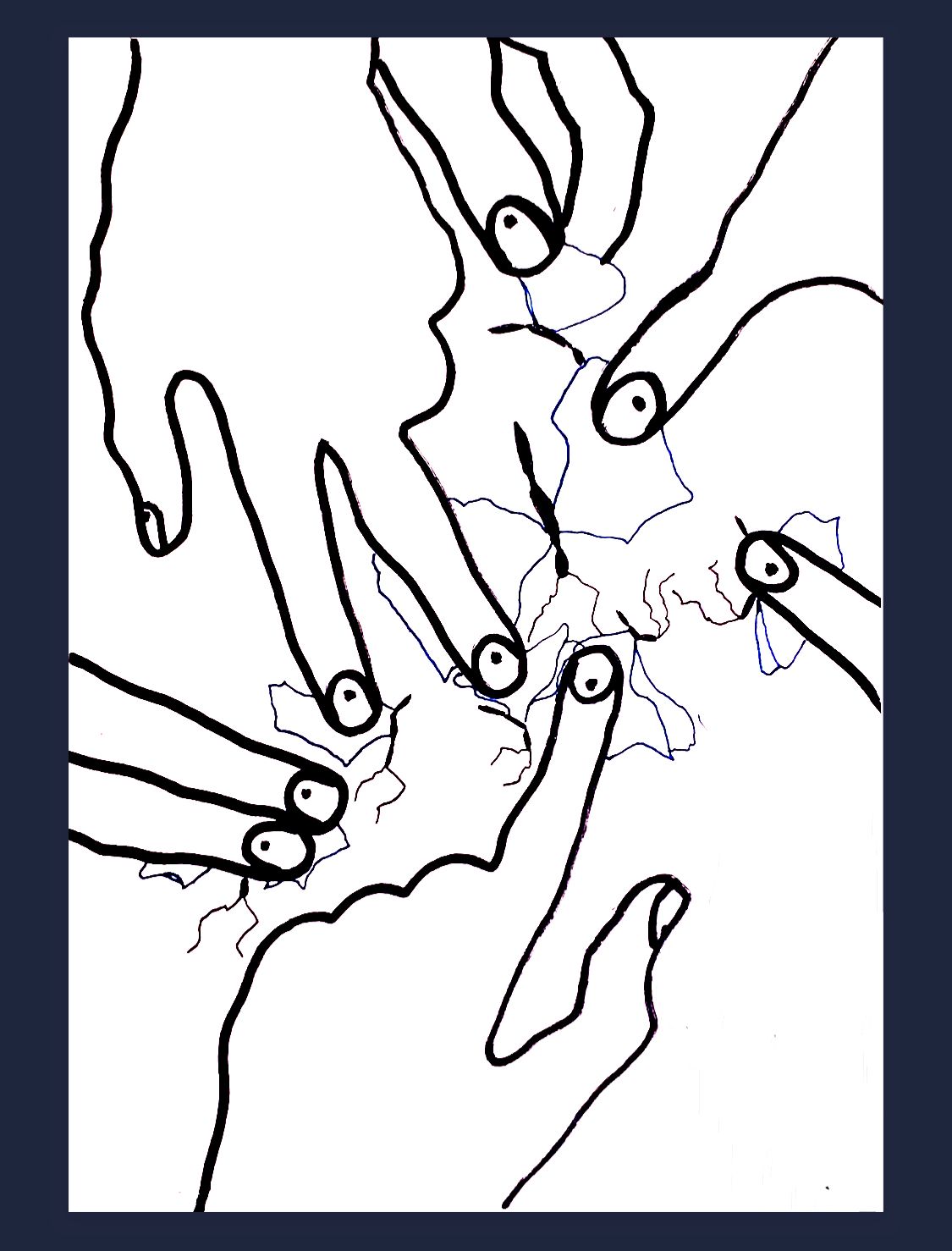 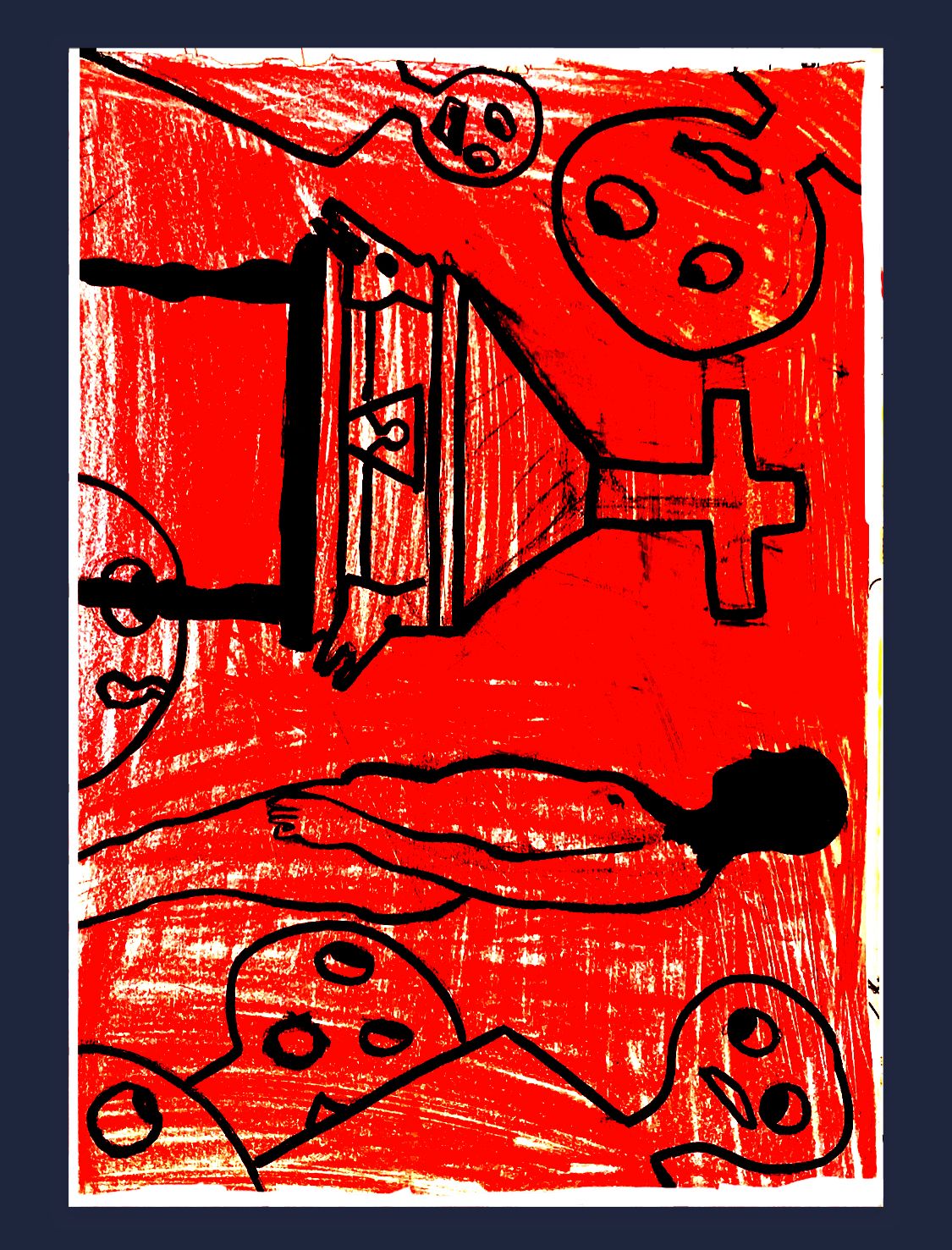 schlafen (a dormi),
berühren (a atinge),
fallen (a cădea). 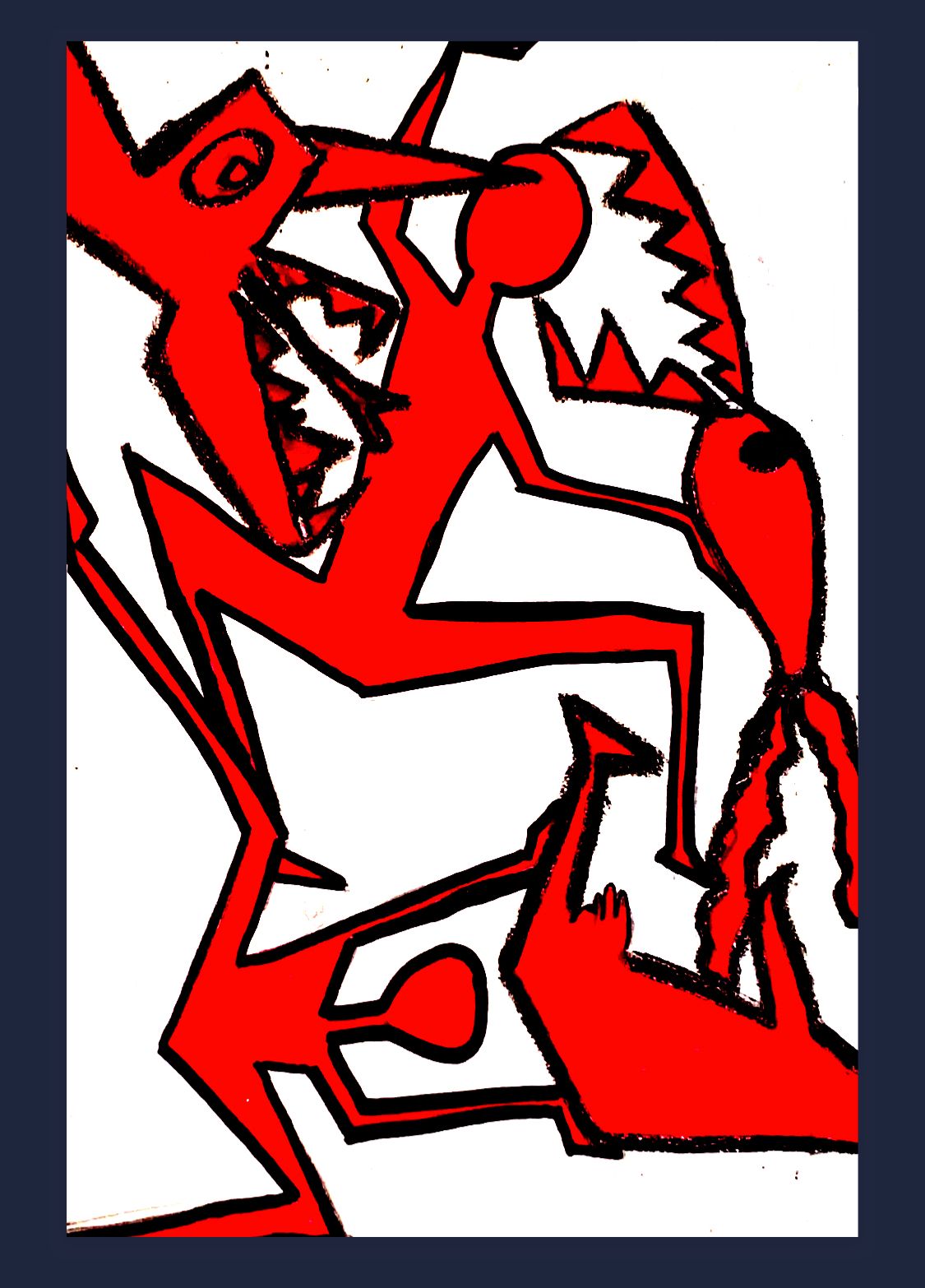